Phosphate in Egypt, Where & When.

phosphates were discovered at Isna in the Nile Valley in the 1960s and these were initially exploited by the Russians, using electricity from the Aswan Dam (built, of course, with money loaned by the Soviet Union. The Russians, incidentally, were not interested in the phosphate for themselves: the product was destined for four of their then satellite states behind the Iron Curtain, Poland, Czechoslovakia, Hungary and Bulgaria.) It shows, by the way, how the world of phosphate has changed in 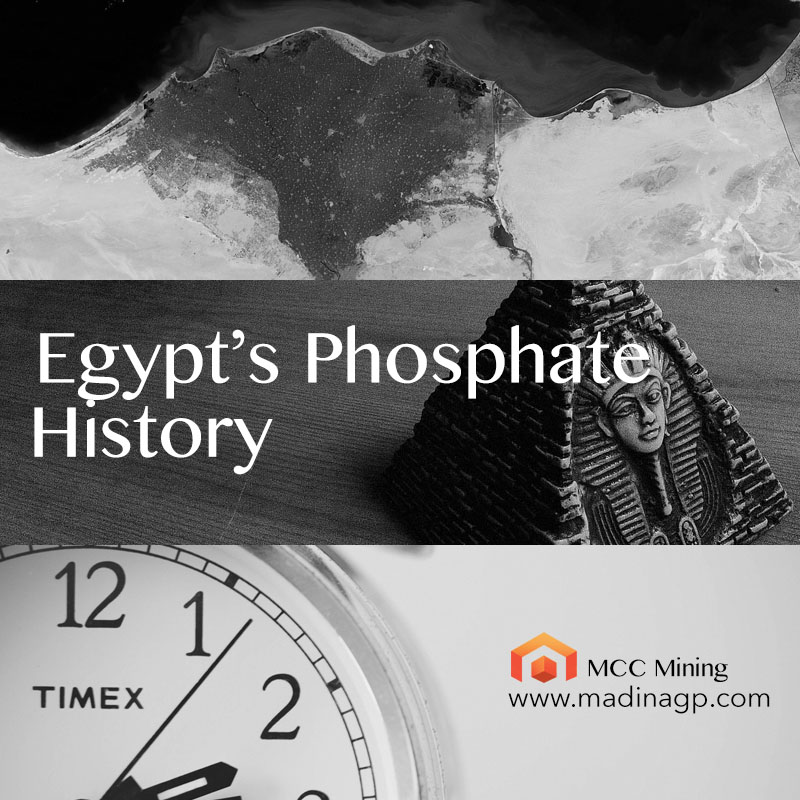 the past 50 or more years: when the Nile Valley deposits were found, Egypt was described as then being the third largest possessor of phosphate, after Florida and Morocco in that order (and, as for those last two, the boot is well and truly on the other foot, with Morocco now head and shoulders above any contender).

Then in 1999 Egyptian geologists, who had already established the presence of rare earths near Alexandria on the Mediterranean coast, found not only ilmenite, rutile, magnetite, and garnet, but also large concentrations of thorium and monazite. Preliminary studies then showed some of the deposits were “extremely rich” [the Egyptian’s term, not mine] in REE minerals.

Then there’s the Abu Tartour project, which is a saga in itself. Indeed, the Russians were interested in that, too. The production from Abu Tartour, 650km south of Cairo, has been a real on and off affair. An article published in 2011 by the American Chamber of Commerce in Egypt described as a failure the then three-year-old attempt to revive the mining operation. The mineralisation is said to extend over 1,200 sq km with an average seam thickness of 3.5 metres. But the exploration licence was limited to an area of just 14.5 sq km.

While under the control of the Ministry of Industry for 30 years, Abu Tartour was plagued with technical and managerial challenges and produced a total of only 300,000 tons of rock phosphate in that entire period, according to one analysis.

Now the deposit is under the control of Phosphate Misr Company, which took over in 2009, and plans to get production up to 5 million tonnes a year. This year the company signed a $1.7 billion deal with Abu Qir Fertilizers Company to produce phosphate fertilizers.

We’ll just have to hope that Egypt can stabilise sufficiently to see this project take shape — and then, perhaps, someone can take a serious look at the rare earths and thorium.